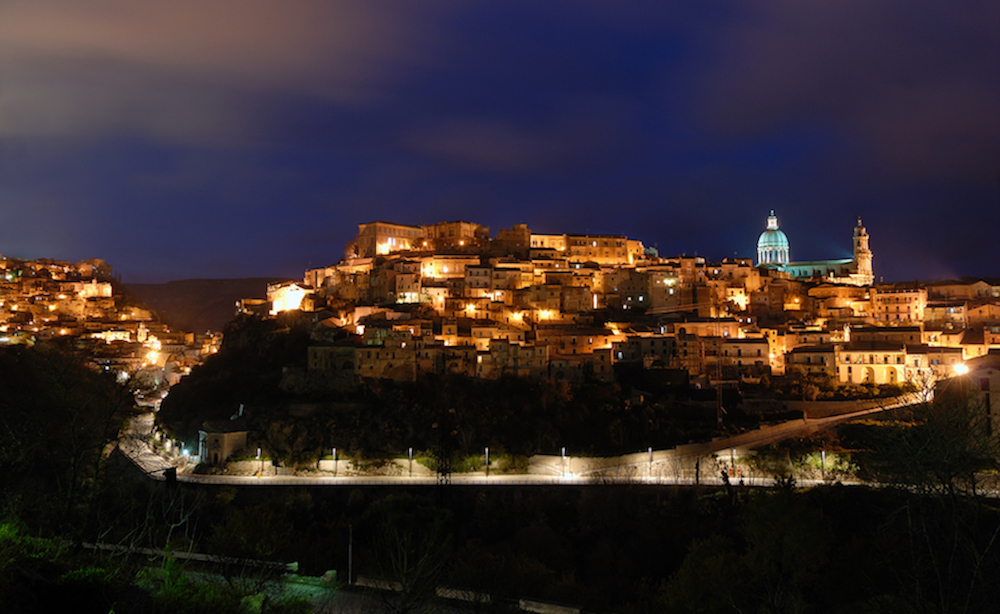 Ragusa, also known as "island within the island" or "the other Sicily" due to the peculiarity of its history and its socio-economic context that distinguish it from other Sicilian realities, lies on the southern part of the Hyblaean Mountains.

Capital of the its province, Ragusa is classified as UNESCO World Heritage site since 2002 for its valuable treasures of Sicilian Baroque and is considered one of the most charming Italian cities of art.

The city is divided into two nuclei, Ragusa Ibla, the old town, and Ragusa Superiore, the most modern part.

Ragusa’s appearance, as well as its history, was decisively influenced due to the intense seismic activity which, having destroyed the city, drove the inhabitants to rebuild it with its present semblance.

Useful information for your stay in Ragusa

Timetables and fares available on the website of  Trenitalia

Connections to towns of the Val di Noto and Province of Ragusa:

Location: P.zza S.Giovanni
Tel.: 0932.684780
e-mail: This email address is being protected from spambots. You need JavaScript enabled to view it.

Location: P.zza Repubblica
Tel.: 366.8742621
e-mail: This email address is being protected from spambots. You need JavaScript enabled to view it.

How to reach Ragusa?

Ragusa is located on the SS115 (highway) connecting Agrigento, Noto and Syracuse (the SS115 highway is the historical road that runs through the five provinces of the Mediterranean coast of Sicily: Trapani, Agrigento, Caltanissetta, Ragusa, Syracuse, and is part of European route E931 from Castelvetrano to Gela and route E45 from Gela to Rosolini)

From Catania: take SS114 and go toward Lentini SS194. From here, follow the directions toward Ragusa on the SS514.
From Syracuse: take motorway A18 and then exit on the SS115 highway.
From Agrigento / Gela: along the SS115 highway.

The Ragusa trainstation is located on the Siracusa- Gela- Canicattì railway and connects Ragusa to the main sicilian provinces.

To find trains to Ragusa Visit the website of Trenitalia

Following the terrible earthquake of 1693 that devastated the city, the bitter conflict that opposed the parish of Saint George with that of St. John the Baptist concluded with the founding of a new city on the slopes of the Patro. The aristocracy and the clergy remained in the old city centre, Ibla, which was rebuilt in late Baroque style (today acknowledged as UNESCO world heritage), while the leaders of the parish church of St. George moved to the new area of Ragusa Superiore.

There are fifty churches and numerous historical monuments in the District of Ibla. It also has fourteen of the eighteen monuments included on the UNESCO World Heritage list, namely:

To make Ragusa and its territory even more famous was the Montalbano's television series that takes place right in this area: Ragusa Ibla is the imaginary Montelusa of the TV series and you can visit the neighbourhood its surroundings following the thematic itineraries related to the fiction series, discovering the places of Montalbano is proposed by the Tourism Department of the Province of Ragusa together with several tourism agencies. The main sites of the location in the old city centre are:

Don’t miss the Castle of Donnafugata, precious example of Baroque architecture, which is home to the fictional mob boss Balducci Sinagra.

Ragusa is part of the Val di Noto (Noto Valley) along with seven other Baroque towns: Caltagirone, Militello in Val di Catania, Catania, Palazzolo, Noto (capital of Sicilian baroque) and the near Modica, its Castle of the Counts of Modica and Scicli.

In the municipality of Ragusa also comprises the Kamarina Archaeological Park, ancient colony of Syracuse that is very interesting from an archaeological point of view.

Marina di Ragusa, about twenty minutes from Ragusa, widely acclaimed for its shores and beaches, has a crystal clean sea (awarded with the blue flag in 2009) and a wide range of entertainment, fun and relaxation with its many nightclubs and restaurants and with the variety of activities offered throughout the year.

The other most popular beaches in the province of Ragusa are spread over the South-eastern coast of Sicily, from Pozzallo to Scoglitti. They are famous for the quality of the sea and the beauty of the landscapes as well as for dynamic tourist infrastructures that are environmentally friendly. Among the places with the most beautiful beaches, you will find:

Ragusa’s territory is rich in culinary speciality, both sweet and savoury dishes, often traditionally related to religious holidays.
Among the savoury dishes of the area, you can enjoy: